Born in Salzburg, Daniel Mild began his career 20 years ago as a chef at the Hotel Goldener Hirsch, Salzburg, and is now returning to his roots after numerous positions around the globe.

After his apprenticeship, Daniel Mild moved out into the world with stops on the Queen Elizabeth 2, on the Bermuda Islands and at the Käfer Wiesn-Schänke in Munich. However, he remained true to his hometown Salzburg during as well - with positions as head of catering during the Salzburg Festival, private chef for a well-known Salzburg family or Chef de Partie at the 5-star Sheraton Grand Salzburg Hotel.

Since January 2021, Daniel Mild is the new Executive Chef at the historic 5-star-superior Hotel Goldener Hirsch. 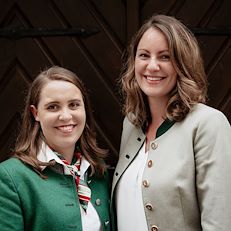 Get In Touch
Learn MoreView Our Events Team Details

The Hotel Goldener Hirsch is the perfect location for events of a special kind. The modern equipment of the conference rooms leaves nothing to be desired at seminars and conferences. Weddings, birthday parties or christenings are an unforgettable experience at our salons, not least because of the unique atmosphere and interior design.

Our colleagues from the events office would be delighted to inform you of the numerous possibilities and plan your next special event, conference or meeting. We are looking forward to planning your next event with you.

For requests and further information please contact our team at events.goldenerhirsch@luxurycollection.com

Monday & Tuesday closed
Except for events and during festival season